This ebook, An Alexander Technique Approach to English Horn Technique, is published in a PDF format. It is very detailed and practical, and it will give you the physical tools you need to take the limits off of your ability to create the accurate horn technique you want without sacrificing your body.
This ebook is also for sale on all AMAZON websites in a KINDLE format.
Located in Albuquerque, New Mexico, U.S.A. (MOVEMENT THERAPY)

When I was a student at the Royal College of Music in London, a very long time ago, my guitar teacher had me totally revamp my right hand guitar technique.

It was such a massive change in how I struck the strings, that I made a decision to drop out for a semester. I had to. The guitar teacher was asking me to learn the most difficult guitar pieces and morph my guitar technique simultaneously.

It couldn’t be done. It was insane.

So, I dropped out for a semester and totally remade my right hand technique, working at it SIX hours a day. It was excruciatingly difficult. For hours on end I struck single strings at 30 notes per minute creating a stable hand and moving each finger from the main knuckle, with the finger tips giving backwards.

I got it done. It allowed me to play loudly and softly with a clean clear sound and not a hooked harsh tone.

Now, you ask what does this have to do with the Alexandrian concept of Inhibition and the good old human way of learning.

I TRANSFORMED MY RIGHT HAND TECHNIQUE WITH MASSIVE TENSION AND HARSH FOCUS AND ENDLESS REPETITIVE HOURS MAKING NOTES, NOT MUSIC.

The price I ultimately paid for doing what I did so brutally is I eventually quit playing the guitar.

Knowing what I know now, how could I have done it differently, and possibly not turned against the instrument in utter exhaustion?

When I did what I did to revamp my poor right hand technique, I used massive tension to force my fingers to do what I wanted them to do.

I got it done, but it took a physical and emotional toll. I was really under the gun to get the new technique done in twelve weeks, because the semesters at the Royal College were twelve week semesters. I wanted to start the next semester with the new technique second nature, so I could work solely on the guitar repertoire.

If I had learned the new technique with the Alexandrian principle of Inhibition, things would have possibly turned out differently. Maybe I would have continued to be a concert guitarist.

Inhibition is the Alexander Technique tool that allows a performer to make changes to the way she plays her instrument, does a sport, does everyday activities, and not replace one set of bad habits with another set of bad habits. Example: The moment a musician is about to play, she anticipates playing by locking her neck and then plays.

This is her lifetime habit, so she has always locked her neck before she plays. If she inhibits this habit, which has been compressing the discs in her spine, right before she plays, she has chosen to consciously unlock her neck and then play. To stop right before doing what you’ve always done, and choose to do something different is Inhibition.

It is an incredible tool for letting go of what doesn’t work when you play your instrument or sing or play golf. You get to choose to do something different, to simply stop doing what isn’t working and move without pain.

Let me return to what I did years ago to fix my right hand guitar technique.

The goal was to play with a right hand position that I did not keep readjusting to get a great sound out of each finger.

SO, I IMMOBILIZED MY WRIST.

The other goal was to move each finger with out any extraneous lateral movement in each finger.

SO, I FORCED EACH FINGER TO MOVE IN AND OUT THROUGH THE STRINGS, WITHOUT ANY SIDEWAYS MOTION AT ALL.

In a weird unconscious way I got it done luckily without physical damage. My focus and intensity was so strong during so many daily hours, that I got the new technique almost mastered in a few weeks, without causing joint damage.

TO HAVE USED INHIBITION WHEN I WAS REPLACING MY POOR RIGHT HAND TECHNIQUE WOULD HAVE BEEN A WHOLE BODY PROCESS! 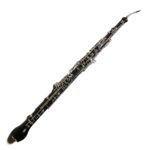