This ebook, An Alexander Technique Approach to Focal Dystonia, is published in a PDF format. It is written to address the problems of focal dystonia and poor technique in musical performance. What would have to happen for a performing musician with focal dystonia to be free of focal dystonia?
This ebook is also for sale on all AMAZON websites in a KINDLE format.
Located in Albuquerque, New Mexico, U.S.A. (MOVEMENT THERAPY) 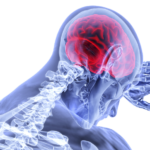