This ebook, An Alexander Technique Approach to Bicycle Riding, is published in a PDF format. It goes into extraordinary detail on how to ride a bicycle without paying a physical price by using an efficient riding technique.
This ebook is also for sale on all AMAZON websites in a KINDLE format.
Located in Albuquerque, New Mexico, U.S.A. (MOVEMENT THERAPY) 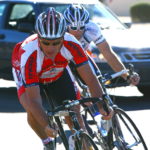